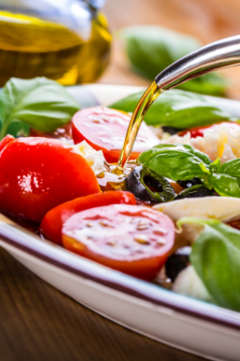 Food affects the human body and plays an important role in brain function. In fact, your choice of food can have a significant impact on memory, problem solving and other cognitive abilities. According to new research, certain dietary selections can increase or lower your risk of developing dementia.

A recent study conducted by researchers at the University of Bordeaux suggests the combination of certain foods may be a factor in the development of diseases like Alzheimer’s and other forms of dementia.

“People who developed dementia were more likely to combine highly processed meats such as sausages, cured meats and patés with starchy foods like potatoes, alcohol, and snacks like cookies and cakes,” said Cecelia Samieri, epidemiologist and lead researcher.

To gather data, researchers compared the eating habits of people with dementia to those without dementia. Participants in both groups were of similar age, sex and education level.

Suggestions From the Study

The results of this study indicate that certain food groupings can affect cognitive health. People with a regular diet of fruits, vegetables and seafood had a much lower chance of developing dementia than those who combined processed meats with alcohol and desserts.

A diverse diet of healthy foods can have a positive effect on mental health. Instead of adding one fruit or vegetable to your diet, the study suggests mixing up your selections. Blueberries, bananas, plums, cherries and grapes are rich in antioxidants, while vegetables like spinach, kale and broccoli are highly recommended for their health benefits.

“Overall, this is an important study that underscores the complexity of the relationship between dietary choices and cognitive health, but again shows support that nutrition is a modifiable risk factor that can be changed to improve outcomes,” said Dr. Richard Isaacson, director of the Alzheimer’s Prevention Clinic at Weill Cornell Medicine.

Avon Health Center provides skilled nursing care to adults suffering from dementia and other age-related ailments. To learn more about admission to our facility, contact us today!

Please Share This
Read Previous Article:
« Dementia & Coronavirus: What Should You Know?
Read Next Article:
3 Tips to Manage Senior Medications »